It has been confirmed that both motorways AP-7 (Tarragona/Jonquera and Montmeló to El Papiol) and AP-2 (Zaragoza to El Vendrell) will be liberalized from 01.09.2021.

Minister Ábalos confirms that both highways will be free once the concessions for both highways expire, although it opens the possibility of a future debate on how to finance the maintenance of the Spanish road network.

In recent years in several sections, concessions have expired, becoming part of the state public network.

At the end of 2018 the AP-1 Burgos-Armiñón motorway concession expired, which added 84 kilometers motorway being completely free of tolls. The AP-7 motorways between Alicante and Tarragona, with a total of 474 kilometers, and the AP-4 between Seville and Cádiz, with a route of 94 kilometers also joined as motorways free of tolls the 01.01.2020.
Now they will be joined this next September by the section of the AP-7 from Tarragona to the border of La Junquera and the AP-2 between Zaragoza and the Mediterranean, which add a total of 470 more toll-free kilometers. 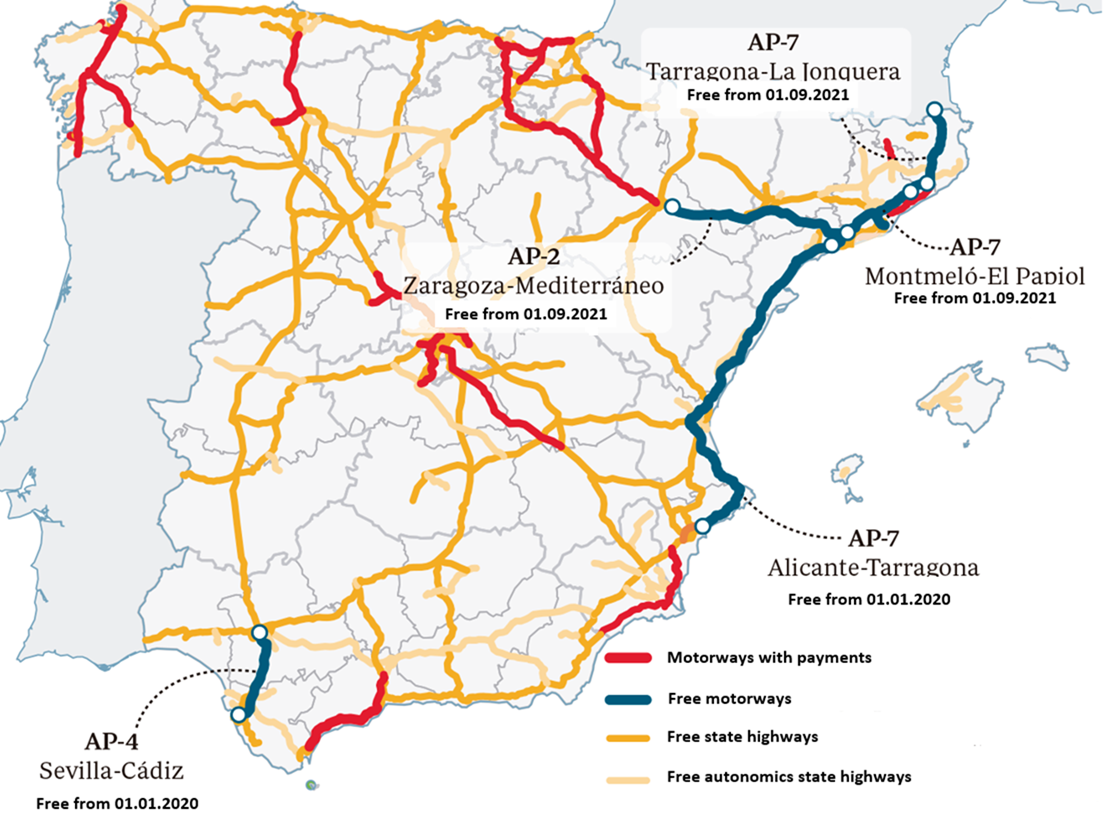 5.11.2021
NEW! Get KMaster Connected on your Telepass SAT device
The most comprehensive solution for managing your fleet’s business!

5.10.2021
How to find a free of charge payment card?
You can use the VIALTIS Tolls card from MSTS across toll domains in Europe.